What every startup business owner needs to know

Startup business owners have their work cut out for them, especially if this happens to be virgin territory for them.  They will be confronted by a number of tasks and responsibilities from all sides and they will need to learn new a lot of new skills in order for the business to survive it’s critical first few months.


Let’s look at a few things every startup business owner needs to know.

When it comes to agreements in business dealings, always have things documented.

Startup business owners should know how big of a mistake it is to take people at their word, especially if the life of the business is on the line.  They should never base their decisions on promises.  If another business owner is truly serious about partnering up, he won’t really mind putting it in writing.  This is the importance of having contracts —everyone should be held accountable for their end of the agreement.

When it comes to the startup capital, always calculate with a safety net in mind.

This one is as basic as it gets, and yet for more reasons than they care to admit, so many startup business owners don’t put it in.  While everyone would want to start their dream business with as low a capital as possible (which may also prove attractive to potential investors), the financial safety net assures startups that it will  live to see at least a year, and will have the chance to get known and probably attain some measure of success.

From 2001 to 2010, John Kang focused on research and investing in commercializing amorphous alloys through Liquidmetal Technologies, Inc. His efforts proved to be fruitful as the company entered into partnerships with large-scale companies such as Apple, Inc. and The Swatch Group, Ltd. For more on the work John does, visit this website.

Posted by John Kang Liquidmetal at 5:10 PM No comments:

Digitalization And The Metal Industry

The digital age has not only affected perceptions and attitudes towards communications and the sciences. It has had a huge impact on various industries as well, from real estate and healthcare to automobiles and even current metal production.

Industry leaders are now shifting to a “digital metals” business paradigm, focused on re-envisioning the production and distribution value chains of commodity-based metals. With digital channels in place, the industry can anticipate demand and supply trends in real time while improving operations and enhancing customer relations.

Metal companies are now more concerned with the best responses to “disruptive” technologies, and consciousness of the growing importance of sustainability. This is a key path onward, with more and more customers looking for products made from recycled materials, offer reduced carbon footprint, and are more durable and reliant on specialist steel like liquid metal.

Big data, machine learning, and artificial intelligence are changing the face of the industry. Sensor-based data from newer machines allow for better predictions of successes and possible failures, as well as thorough analytics. Digitalization has led to streamlined and faster production of metals, while providing increased customer support. Indeed, the chains are made of more stronger links than ever.

John Kang is currently the chairman of California-based LM Group Holdings, Inc. He is responsible for the overall strategy of the company and oversees the company’s portfolio companies. For similar reads, visit this blog.
Posted by John Kang Liquidmetal at 4:12 AM No comments:

Liquid metal has been introduced to several manufacturing industries as well as tech industries. Apple has been using Liquidmetal to create parts and accessories that are replacing traditional alloys and plastics. Accessory companies that produce premium watches like Swatch have also started using Liquidmetal for some of its parts. Even NASA has experimented on the material and has come up with solar panels to be used in future expeditions.

But apart from these examples, other liquid metals have found their way into the hearts of tech people as a cooling agent. Gamers and content creators have seen the value of liquid metal as a viable replacement for thermal paste.

What techies would do is open their units, remove the existing thermal paste carefully, then reapply their own choice of thermal paste. The results usually reflect better temperatures and improved performance. Fans won’t struggle as much, and throttling is reduced.

Right now, gallium is one of the few ready-to-apply liquid metals that consumers can buy to improve their computer’s performance.

John Kang led and served as the chairman of Liquidmetal Technologies, Inc. from 2001 to 2010 through its initial offering. Under his leadership, the company worked with renowned companies such as Apple Inc., The Swatch Group Ltd., HEAD, and Rawlings. For more articles like this, follow this Twitter page.
Posted by John Kang Liquidmetal at 4:31 AM No comments:

Amorphous Metals And How They Can Change Future Products


The first production of amorphous metals occurred in 1960 at Caltech. The glass-forming alloy was cooled extremely quickly which prevented crystallization. It was first used in wires, foil, and metal ribbons. But by the ‘90s, a method that allowed a much lowered cooling rate enabled amorphous metals to be cast into metallic molds. This made amorphous metals more useful in industrial scenarios.

Commercially, amorphous metal products today include Liquidmetal and is used to manufacture a wide array of items ranging from smartphone covers to watches. What makes amorphous metals useful in these applications are its high tensile strength and superb resistance to corrosion. 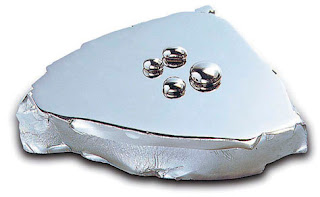 In the future, Liquidmetal can be seen replacing plastic materials in several forms. Currently, tech titan Apple is testing the viability of the material and has already used it in some of its products. One of its goals is to produce covers that retain scratch-free surfaces far longer than the current material being used. Liquidmetal was also used in a recent project in space where it was used on the Genesis space probe as solar wind ion collectors.

John Kang focused on research and investing in commercializing amorphous alloys through Liquidmetal Technologies, Inc. His efforts proved to be fruitful as the company entered into partnerships with large-scale companies such as Apple, Inc. and The Swatch Group, Ltd. For more insights on amorphous metals, visit this blog.
Posted by John Kang Liquidmetal at 10:33 AM No comments:

The power and influence of blockchain technology is everywhere in the late 2010s, but nowhere is it more felt by businesses as in the rise of cryptocurrency. Many investors are joining the bandwagon brought about by its most successful manifestation: the Bitcoin. But should you also join the parade?

Websites dedicated to bitcoins are everywhere, explaining both the basics and the complicated processes that come with cryptocurrency, enticing even more people to try it and invest in it. The number of people devoting their careers to Bitcoin mining is increasing by the minute, many investing in high-end processors and graphics cards just to own the online currency. And it makes sense, too: a single bitcoin is now priced at $8,856. However, keep in mind that it’s still a new technology, with no historical basis for volatility and for tracking success. In short, you could still lose all your hard-earned money. That said, aside from Bitcoin, the two other viable options you can invest in are Litecoin and Ethereum. However, if you really want to put money on one cryptocurrency, Bitcoin is the way to go if only for prevalence of use.

Conversely, the popularity of Bitcoin might be its demise, as if the online currency does prove to be successful—and Bitcoin gets a stranglehold of the market—less popular online currency with lower market caps might be the ones to stick around. Again, the current preference for bitcoin does not guarantee that it will be the one to survive these early years. John Kang is the chairman of LM Group Holdings, Inc., with headquarters in Lake Forest, CA. He is also an investor in startups and established companies. From 2001 to 2010, he served as chairman of Liquidmetal Technologies, Inc. More investment insights here.


Posted by John Kang Liquidmetal at 11:11 AM No comments:

Supplying The Demand: The Importance Of The Manufacturing Industry

For the United States, maintaining a manufacturing base is vital to retain its world leadership in innovation.  The reasoning behind this lies in advanced manufacturing that provides an important institutional foundation for learning and developing capabilities and process skills that are growingly interweaved with central research and development in certain industries that are significant to the country’s economic future.

In the U.S. alone, manufacturing has a rich history.  The industrial revolution of the 19th century transformed the U.S. from being a nation that generated most of its money from farming to a large country that yielded the majority of its economic exports in the shape of manufactured goods.  A huge chunk of America’s prosperity was experienced after World War II, which can be linked to the increased activities in the manufacturing sector. 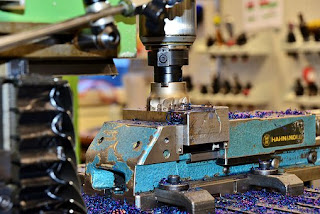 
The manufacturing industry is a field that produces jobs, from which a remarkable portion of a country’s wealth is gained.  In the occurrence of a trade surplus, a country exports more than it imports, earning more money than it spends, resulting in greater fortune.

In addition to creating jobs, the industry makes for a great home for the development of new technologies.  As stated by the Business Council of New York State, U.S. manufacturers are responsible for close to two-thirds of private-sector research and development, which totaled more than $120 million in 2002.  The Economic Policy Institute reported that manufacturing industries fostered $1.6 trillion in gross domestic product (GDP) in 2006, having accounted for more than 12 percent of the total. 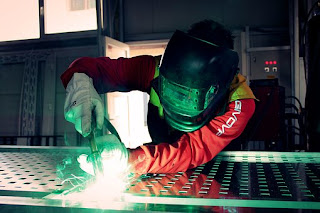 John Kang has more than 30 years of experience in the business. His expertise is in technology, manufacturing, and distribution businesses. He is also an investor in established companies and startups. For quick updates, follow this Twitter a.
Posted by John Kang Liquidmetal at 2:54 AM 2 comments: